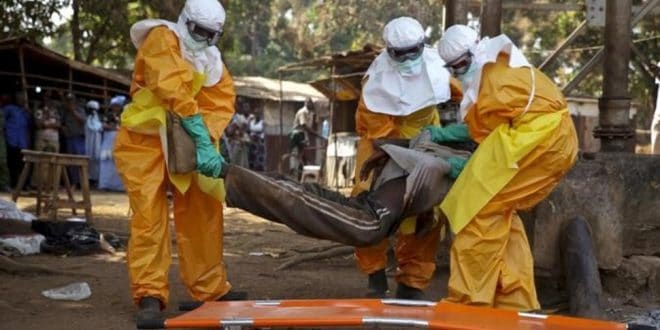 WHO concerned about Ebola resurgence in West Africa

The World Health Organization (WHO) through its regional Director in Africa has expressed concern over the resurgence of Ebola in West Africa and activated response efforts.

The government has set up a treatment centre in Goueké town in the south-east where the cases were reported.

Officials said newly developed vaccines would be acquired through the WHO.

“The WHO is on full alert and is in contact with the manufacturer [of a vaccine] to ensure the necessary doses are made available as quickly as possible to help fight back,” said Alfred George Ki-Zerbo, the WHO representative in Guinea.

Meanwhile health officials in the Democratic Republic of Congo confirmed a third new case of Ebola in the eastern part of the country on Friday.