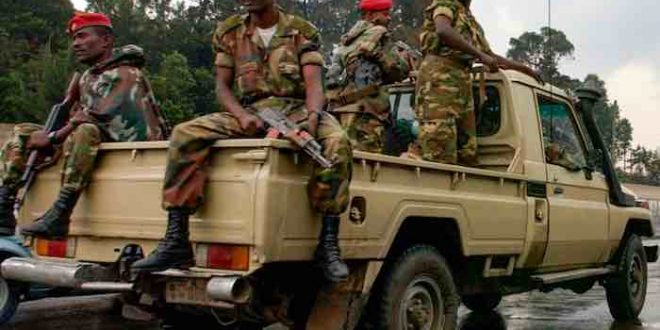 Human Rights Watch has accused the Ethiopian military of indiscriminately shelling urban centres during the conflict in the northern region of Tigray last November.

The US-based group said the attacks violated the “laws of war” and urged the government to investigate.

The government has not immediately reacted to the accusations but has previously defended the conduct of its forces.

Homes, schools, hospitals and marketplaces were not spared when artillery was fired indiscriminately towards Tigray’s towns and cities, according to the report.

Eighty-three civilians, including children, were killed and more than 300 others were wounded, Human Rights Watch alleges.

This contradicts Prime Minister Abiy Ahmed, who had earlier said that no civilian was killed by federal troops during the conflict.

There are growing calls for greater humanitarian access as well as an independent probe into the conflict.

While the government is gradually allowing aid to enter, it remains resistant to international observers. The conflict began following an attack on an army base by fighters belonging to the region’s former ruling party, the Tigray People’s Liberation Front (TPLF).

Many of the TPLF’s leaders have been killed or captured, but the group’s head remains at large.