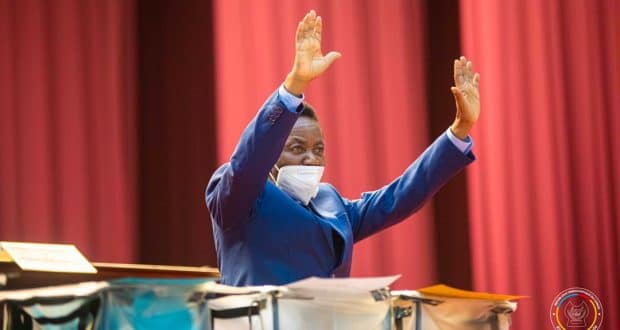 After a string of moves to break Joseph Kabila’s grip on the legislature, lawmakers in the Democratic Republic of Congo elected a speaker loyal to President Felix Tshisekedi Wednesday.

Christophe Mboso‘s appointment comes three weeks after a pro-Kabila appointee was voted out.

Almost 400 of the 500 members supported Christophe Mboso, the National Assembly’s oldest member at 79, who left Kabila’s FCC party in December to rally behind Tshisekedi.

In December President Tshisekedi moved to end a coalition with Mr Kabila and forced the resignation of the Prime Minister by persuading scores of MPs to defect.

The president can now appoint a Prime Minister and a government that will be free from the interference of his predecessor.

He is expected to get on with the promised reforms including ending the armed violence in mineral rich eastern Congo.