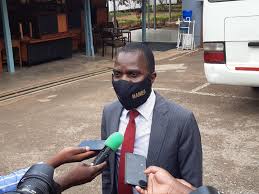 The former head of Malawi’s National Examinations Board has been arrested following the leak of school exam papers last year, police have said.

Police did not say if Gerald Chiunda was suspected of being involved in the leak but said he would be taken to court “soon after the paperwork is sorted”.

He has not commented since his arrest but has previously denied any wrongdoing.

Three other officials have also been arrested.

Mr Chiunda was the head of the exam board when the papers were leaked.

He was immediately put on suspension when news of the leak broke in November and President Lazarus Chakwera ordered a probe.

More than 150,000 pupils were initially scheduled to write the exam in June 2020 but could not do so because the outbreak of coronavirus led to the closure of schools.

Pupils began to write exams in October, but they were cancelled on 5 November because of the leak. The exams were written last month.