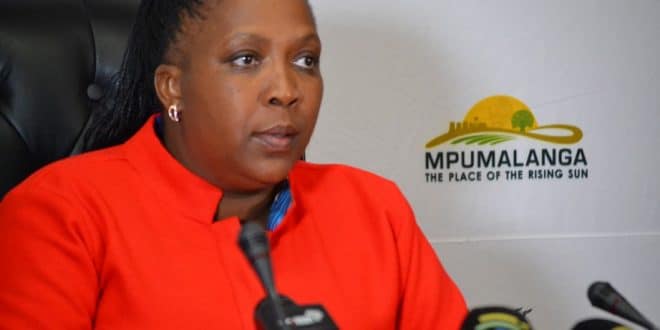 The head of South Africa’s Mpumalanga province will self-isolate for a fortnight after causing an uproar for not wearing a face mask while attending a funeral on Sunday.

Refilwe Mtsweni-Tsipane said she regrets the incident and had made a statement of guilt at Vosman Police Station in Emalahleni.

She also accepted the necessary fine.

Ms Mtsweni-Tsipane was seen walking some distance and hugging officials without wearing a face mask at the funeral of Minister in the Presidency, Jackson Mthembu.

She has apologised to the family of Mr Mthembu, President Cyril Ramaphosa and the people of Mpumalanga.

Wearing of a mask in public became mandatory when the country recorded more than 2million cases.

Related article: Seen without a mask, a senior South-african official under investigation

South Africa is the country the most affected by the coronavirus pandemic in Africa.