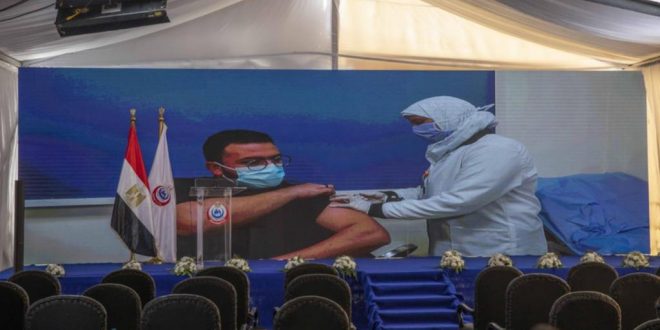 Egypt, the most populous Arab nation has begun the process of vaccinating its more than 100 million citizens against the coronavirus. The country has recorded nearly 9,000 deaths from the disease.

The first recipients of a vaccine were a doctor and a nurse. They were given a Chinese-made injection.

Vaccines from Britain and Russia will be included in the inoculation programme as it unfolds.

Hala Zayed, the Egyptian health minister said the country was aiming to produce an injection locally, with a view to distributing it to the rest of Africa.

Read more: Benin: health workers put in prison for not wearing a mask

There have been warnings that the continent is in danger of being left behind, as richer parts of the world strike vaccine-supply deals and drive up prices.