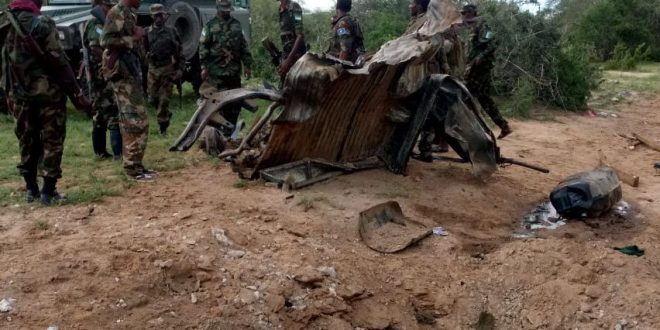 Death of eleven people near the Somalia-Kenya border

In a Somali town, near the Kenyan border, took place a heavy fighting, in which at least 11 people died and 14 other injured according to eyewitnesses.

The fighting started late Sunday night and continues until Monday morning in Baled-Hawo town in the South-western region of Gedo.

Somalia’s information ministry has accused Kenya of supporting “rebels” to attack federal forces amid rising tensions between the two East Africa countries. Kenya has not yet responded to Somalia’s statement.

Residents say some people had started to flee.

The federal government and Jubbaland‘s administration have been engaged in a dispute over the process for elections and control of some regions bordering Kenya.

The regional body, Intergovernmental Authority on Development (Igad), recently sent a fact-finding mission to the border but the findings have not been made public.