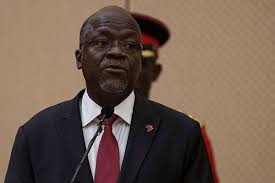 The US has imposed visa restrictions on Tanzanian officials it says were responsible for undermining the general elections last October. The outgoing Secretary of State, Michael Pompeo, said those targeted subverted the electoral process and violated human rights.

He said the intimidation and arrest of opposition candidates, widespread voting irregularities and internet disruptions meant the polls were neither free nor fair.

The October election was won by the incumbent John Magufuli with more than 80% of the vote.

A state department statement on the visa directive did not name the sanctioned Tanzanian officials.

Today is the last full working day for President Donald Trump, his successor Joe Biden will be sworn in on Wednesday as the 46th president of the US.