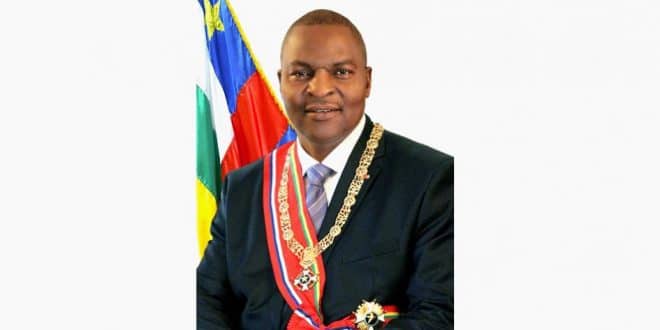 The Constitutional Court in the Central African Republic has confirmed the outright victory of Faustin-Archange Touadéra in last month’s elections, with 53.16% of votes cast against nearest challenger Anicet Georges Dologuélé‘s 21.69%.

The proclamation of Mr Touadéra’s win came despite reports of a poor voter turnout, and the loss of much of the country to rebel factions.

Six of the main rebel groups have allied and say they will march on the capital, Bangui.

There was an attack on its suburbs last week, and rebels briefly seized control of Bangassou to the east before withdrawing following an ultimatum from UN peacekeeping forces.

CAR’s government and the UN have accused former President François Bozizé who was barred from running in the elections of colluding with armed groups to seize power. He denies the accusation.