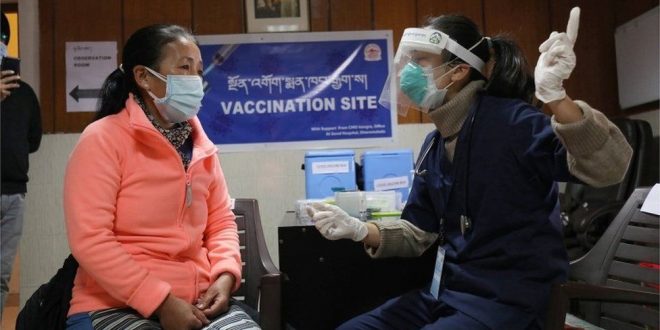 Coronavirus: How India is readying for its massive vaccine drive

Jonathan Carreidas 12 January 2021 Coronavirus, In the news Leave a comment

On January 16th, India will begin what will be one of the world’s biggest inoculation programmes, aimed at protecting its 1.3 billion people from Covid-19.

The government plans to vaccinate 300 million people by early August. It will begin with an estimated 10 million health workers, followed by policemen, soldiers, municipal and other frontline workers.

Next in line for the jab would be people aged over 50 and anyone under 50 with serious underlying health conditions.

India has recorded the second-highest number of Covid-19 infections in the world, after the US. Since the pandemic began it has confirmed more than 10.3 million cases and over 150,000 deaths.

The country’s drugs regulator has given the green light to two vaccines – Covishield that has been developed by AstraZeneca with Oxford University and Covaxin by local firm Bharat Biotech.