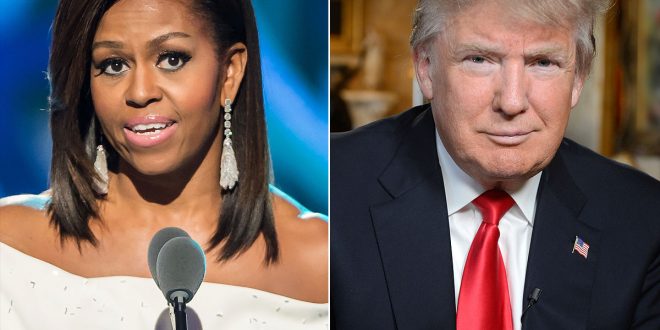 The former first-lady of the United States did not retain herself with regard to the outgoing president Donald Trump who continues to challenge the victory of the democratic candidate Joe Biden. Following the disorder caused by the supporters of the republican party, Michelle Obama expressed her disarray.

After the violence of the Capitol Hill, the wife of Barack Obama qualified the American billionaire of “infant and unfair President”. According to Michelle Obama, it is clear that Donald Trump refuses to accept his defeat.

Read more: Who is Adewale Adeyemo, the new Assistant-secretary of the US Treasury?

“That day was the fulfillment of the wishes of an infantile and unfair president to the homeland who cannot bear the truth of his own failures. And the damage must be placed at the feet of the party and the media which have cheerfully encouraged it, fully knowing the possibility of consequences like these, ”said Michelle Obama.

She relies on supporters of democracy to forget about republican governance.