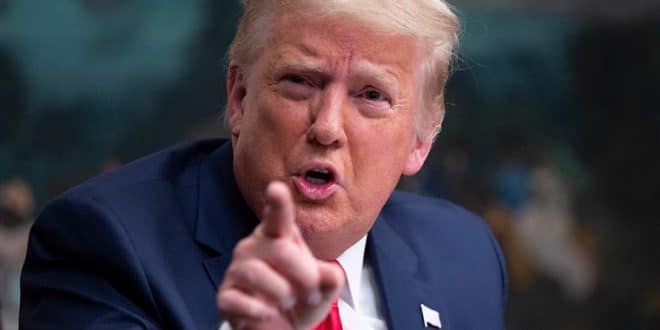 Donald Trump and his fight against the persecution of christians

Donald Trump is a kind of president the United States has never had and will perhaps never have. The man who leaves the White House on January 20, has once again shown his faith in God, his attachment to religious freedom and his thirst for seeing persecution against christians around the world stop.

During his speech, on the occasion of the 85th anniversary on the martyrdom of Saint Thomas Becket, a British priest and Archbishus killed for his faith, for defending religious freedom, Donald trump has done declarations that will stay etched in the annals.

For him, “the death of Thomas Becket is a powerful reminder and timeless for all Americans that our freedom not to undergo religious persecutions is not a simple luxury, but rather an essential element of our freedom. It’s our treasure and invaluable heritage…and it has been bought by the blood of Martyrs.”

Read more: United States: A wasted polemic around a decision of Donald Trump

“No right is more fundamental for a peaceful , prosper and virtious society than the right to follow our religious convictions. As i said it on Krasmski square in Warsaw July 6, 2017, the American people and the people of the world are always crying “we want God”, has he added.

“As long as America is standing, we will always defend the religious freedom”, has promised Donald Trump who will give the oval office of the White House on January 20 to Joe Biden, the democrate president who has already appointed an homosexual in his administration. Joe Biden is an “ennemy of God”, according to Doanld Trump.