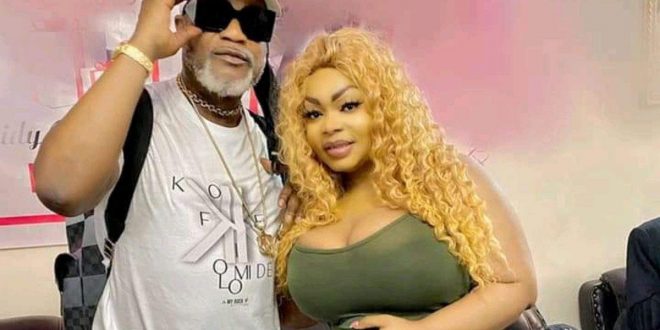 For a few hours, a picture has been going around the web. On this picture, can we see the Congolese legend Koffi Olomide and the Ivorian Eudoxie Yao. Behind the famous Ivorian, is the Guinean artist Grand P in a position that makes react several internet users .

It’s been months that Grand P and Eudoxie yao announced that they were together.

Since then, the couple became so famous and they never lack occasion to jasen the web.

Their last exit dated gave birth to a picture between Eudoxie Yao and the Congolese singer Koffi Olomide.

As for the honey of the Ivorian, he was behind his fiancee with the scowl and this makes laugh many internet users.

For an internet user, Grand P has the face of a baby who has followed his mother and that’s what arrives when we are downright nonexistant by the side of a wife.

Grand A, a Beninese having practically the same size as Grand P invited the latter to give up his wife to him and that he would be able to take better care of her.